Top 10 Football Players With Most Goals

Home>Reviews>Top 10 Football Players With Most Goals 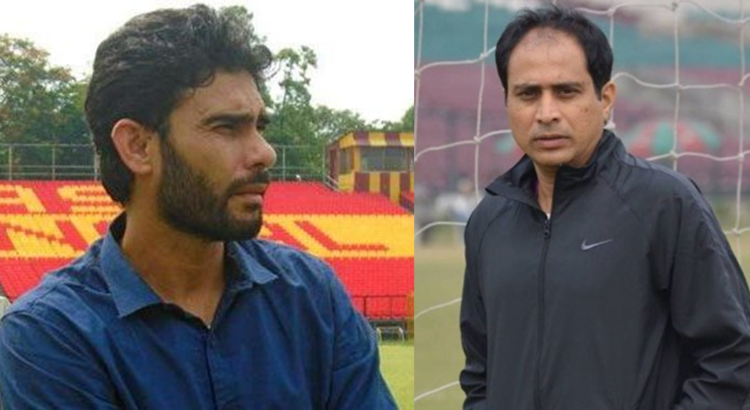 In India, soccer is a sport that has not yet reached the general public. The Indian Super League has contributed to the development of soccer in the country, but there is still a need for superstars to inspire young players. Sunil Chhetri, captain of the Indian soccer team, scored twice against Bangladesh to become the second active international goal scorer after Lionel Messi. Chhetri currently ranks third among the world’s top scorers with 74 goals. He is just behind Cristiano Ronaldo and Ali Mabkhout. Inspired by his goal-scoring record, here are the 10 legends who have scored the most goals in Indian soccer. You might be also interested in who is the king of football now.

Football Players With Most Goals

Sunil Chhetri, the current captain of FC Bengaluru, is considered one of the country’s biggest soccer stars. He is a lethal goal scorer and has scored more than 70 goals in 115 games. He is also the player with the highest number of caps in the country. He is currently second on the list of goals scored by male players in international matches – a feat in itself for a country in FIFA’s top 100 rankings.

Mansi Vijayan is a talented footballer who became the captain of the Indian national team. He is considered one of the best goal scorers in the country’s history and has scored 29 goals in his career. He has received several awards during his career. He also attracted the attention of several Asian clubs, and despite his advanced age, he continued to play an active role in Indian soccer until his retirement in 2004.

Legendary Indian soccer player, born in 1976 in Tinkitam, Sikkim. He is considered India’s first soccer star and has won many awards, including the Padma Shri Award and the AIFF Player of the Year Award. In 1999, he became the first Indian player to sign a professional contract with a European club. He has also won many national and international titles with the Indian national team, and his last international match in January 2012 against a star-studded German team was one of the most memorable moments of his career.

Jeje Lalpekhlua is the unsung hero of the Indian national soccer team. Despite being a prominent figure in the team, his name has never been associated with a soccer star. Despite this, he has scored 23 goals in his career so far. He is considered one of the best scorers in the Indian Super League; he helped Mohun Bagan win the League I title in 2015 and was named the Player of the Year.

Xavier Ali was considered one of the best Indian soccer players of the 1970s and 1980s. He scored more than 20 goals during his career and is currently the assistant coach of South Samity.

Most goals in Indian Super League

The Indian Super League was launched in 2014. It provided young Indian football players with the opportunity to rub shoulders with the likes of Diego Forlan, Alessandro Del Piero, and Nicolas Anelka:

Since the inception of the league, the imports have been leading the scoring charts with the likes of Roy Krishna and Ferran Coromoninas providing the ammunition for their teams. Not a single Indian player has won the Golden Boot in the six seasons of the ISL. To bet on any of football matches use promo codes: