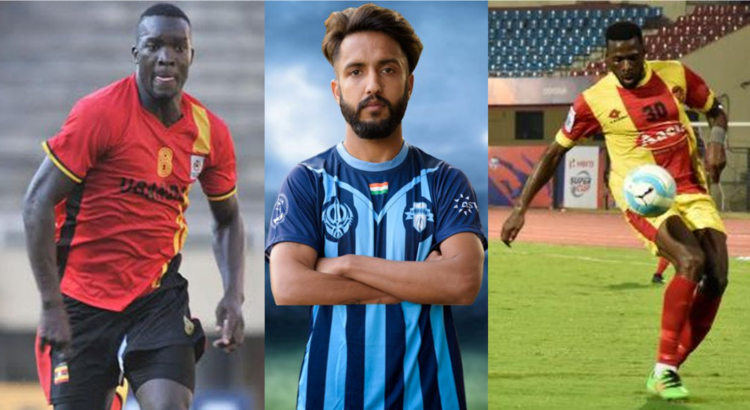 The popularity of football in India is growing. Its players are role models for the budding talents of the country’s youth. With the All India Football Federation’s approval, many talented individuals have emerged over the years. With the growing popularity of the game in India, it is becoming a sought-after activity for the young generation. While cricket has its own fan base in the country, football is rapidly becoming a prominent sport in the country. Not many people know that India has produced several international football stars. There are many details about these individuals that can be found in this article:

Despite the wealth of Indian football players, they are often overlooked due to their stats. This list of 5 famous athletes will help you know more about them:

Pronay Halder was born in Barrackpore, West Bengal on February 25, 1993. He is a talented football player who has captained the Indian National Football Team. He has played for the Indian U-19 football team against Uzbekistan in three matches. He also participated in the AFC U-22 Asian Cup in 2013. It might be also interesting to read about who is the king of football now globally.

Bhaichung Bhutia was born in India on December 15, 1976. He is a forward for the Indian football team, and he is regarded as the sole torchbearer of the sport in the country. He is known for his striking skills and became the first Indian player to sign a contract with a European club in 1999. He is also regarded as one of the best players in the country. He has received numerous awards, such as the Padma Shri and the Arjuna Award. He also founded the BIFFS, which was a collaboration between Carlos Queiroz and Nike.

Udanta Singh Kumam is a young Indian player who has assisted in the AFC competition. He is a right-winger and is considered to be a promising young player. He started his career at the Tata football academy and won various championship titles. He was also selected for the All-Star team that was held in Australia. He became a famous golden-boot winner during the I-league U-19 championship in 2014. He also started all four matches during the AFC U-19 qualifier against Turkmenistan.

Sandesh Jhingan is a center-back born in India on July 21, 1993. He measured approximately 6 feet 2 inches tall. He has a great deal of experience with Kerala Blasters. He has been awarded various honors, including the Arjuna Award in 2020. He started playing football at the age of 16 at the St. Stephen’s academy. He made his Indian U-19 team debut in 2015.

Telem Jackichand Singh was born in India on March 17, 1992. He is a former Indian Super League player who became a winger. He made his professional debut for Royal Wahingdoh in 2011. He then made his senior national team debut in 2015. He scored his first international goal in 2016 against Puerto Rico. He then helped India reach the third round of the AFC Asian Cup qualifiers in 2016.

Jeje Lalpekhlua was born in Hnahthial, India on January 7, 1991. He is a forward and is regarded as one of the best goal scorers in the ISL. He was named as the 2015 Football Player of the Year by the Federation of Professional Associated Industries. He is the son of a football fanatic father. He made his international debut in 2011 against Myanmar’s U-23 team. In 2012, he scored a spectacular goal for India’s senior team against China Taipei.

Ashique Kuruniyan is a young player born in Kerala, India on June 14, 1997. He is a winger for FC Pune City. He was born into an underprivileged family. When he was only eight, he stopped studying and started playing football with his father. He was recognized by Kerala Football Association and trained in Spain. He has represented India at the under-20 level and the AFC Asian Cup 2019. He made his international debut against China Taipei in 2017.

Arata Izumi is a talented and wealthy Indian football player who joined Mahindra United in the I-League in 2007. He started the 2007–08 season with an injury that kept him out of football for a couple of months. A year after his injury, he came back and scored a goal and had two assists in 8 games. During that season, he and his team won the Durand Cup.

Gurpreet Singh Sandhu is a shot-stopper who is regarded as one of the best in India’s footballing history. He became the first Indian player to play in the Europa League when he joined Stebk in 2014. Gurpreet made his international debut in 2011 against Turkmenistan. He has been India’s first-choice goalkeeper since then. He has won various domestic and international awards during his career, including the Federation Cup, the Hero Super Cup, and the Golden Gloves.

With the growing popularity of football in India, many youngsters are taking up the sport as a hobby. It is a great way to spend time with their friends and develop skills. India has plenty of talented footballers. Whether it is the Indian Super League or the FIFA World Cup, the country’s football team has the potential to become one of the most successful in the world.